SCWP Schindhelm advised MATE GmbH, a company of the AFW Group (Weingärtner Maschinenbau, Linsinger Maschinenbau; Linmag GmbH), on all legal aspects relating to its investment in the System 7 Group.

The AFW Group is based in Kirchham near Gmunden in Upper Austria and unites Linsinger Maschinenbau, which specialises in saw and panel milling technology as well as rail milling technology. The two parties also intend to use Linsinger's distribution network to sell the machines and products manufactured by the System7 Group worldwide. 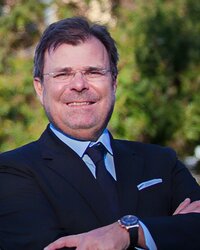 "We are pleased to have been able to advise MATE GmbH on this important transaction."

The investment was made by way of a capital increase with a 30 percent stake in the share capital of System 7 Railholding GmbH, which was newly founded for this purpose. In addition to the capital investment, MATE GmbH will also join the System 7 Group as an operating partner.