SCWP Schindhelm has been advising the listed bet-at-home AG together with its two founders since its very beginning. The first mandate contained the task to retrieve the majority shareholding back to the two founders from an investor, who got on board the then-still small undertaking intermediately.

Then, in 2009, SCWP Schindhelm advised the two founders on the sale of a part of their majority shareholding in bet-at-home AG to the French company Mangas Gaming SAS (now BetClic Everest Group S.A.S.). The sale of the shares had been scheduled into several steps over a longer period. In the course of advising, particular attention had to be paid to the application as well as harmonization of Austrian, German and French law. From that time on, SCWP Schindhelm has been advising the founders regularly on all cross-border corporate law matters. 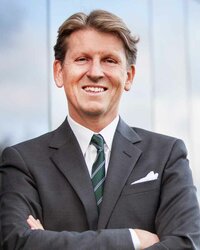 “As a lawyer, it is always very gratifying if a client grows up from a small “start-up” to a publicly listed corporation and we can take part in the process as advisers. Over the years, the outcome is reciprocal trust as well as real friendships.”