SCWP Schindhelm advises the State of Salzburg and Schiene OÖ GmbH on the largest procurement procedure in the European history of rail vehicle procurement.

Stadler Rail has been given the contract with a total volume of four billion euros and a duration of over 30 years. The contracting parties include German transport companies and our clients, the State of Salzburg and Schiene OÖ GmbH. Following a cross-border procedure, production of the state-of-the-art vehicles, which will make public passenger rail transport in German and Austrian regions much more attractive, is now getting started.

Stadler Rail emerged from the complex procedure as the best bidder. The award was not contested by the unsuccessful bidders. This is a major step towards the implementation of the entire project in Austria. Subsequently railway infrastructure has to be created, vehicles have to be licensed and local workshops have to be involved. 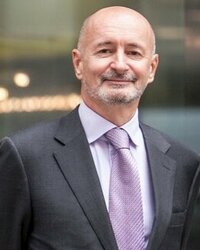 "We are very pleased to support our clients in this future-oriented project and to have contributed to the expansion and modernisation of passenger transport on rail."